Popular breakfast, brunch and lunch restaurant Evviva has been having a banner year. Despite the long-lasting damage the pandemic has done to the restaurant industry as a whole, Evviva has managed to come out on the other side relatively unscathed. In fact, there are plans for three new locations on the horizon, including an additional Toronto location on the corner of Bay and Wellesley planned for a November opening.

Jay Kazemi, owner of the breakfast chain, says the new location will solve a problem the company has been dealing with since the moment they opened, first in Vaughan and then downtown along Front Street – long lineups and not enough space. “Even before COVID, we always had lineups, especially during the weekends and lunchtime, but with COVID, those lines have turned into hour-and-a-half to two-hour waits,” he explains. 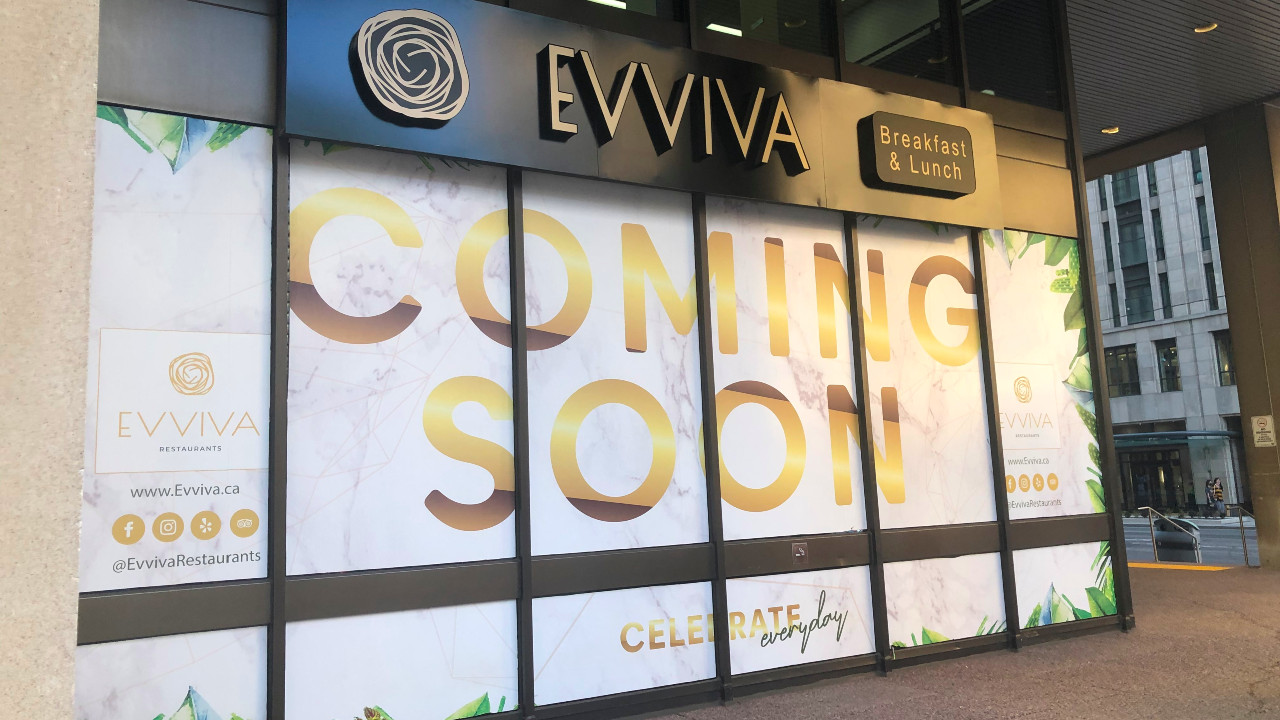 The new Toronto location is a large, 4,000 square foot corner unit, with two patios, plenty of indoor space and big windows, and will hopefully redirect some of the traffic from the other downtown location (and maybe even attract loyal Vaughan customers as well).

COVID-19 hit Evviva like every other restaurant, but the company – which had previously never been on any delivery apps – pivoted quickly to a takeout strategy that would keep them in business. Kazemi says they closed down for two months to redirect their focus, and when they reopened, over 90 per cent of their staff was able to come back. “Instead of firing a bunch of them, I reduced the hours and then the whatever hours we had, we divided between everyone, so everybody had a bit of extra income,” he explains.

By summer of 2021 as restrictions lifted, Kazemi says he was “surprised” by how well the business was doing. “It wasn’t perfect, but it was good,” he says.

Kazemi credits that to the niche in the market he says Evviva fills as a breakfast and brunch place somewhere in between the Coras and Sunset Grills and the more upscale, expensive options that charge a lot more for a meal. He came to Canada with a background in business and interior design, which inspired the bright, colourful restaurant design of Evviva – making the chain not only ideal for delicious and more affordable brunch, but on-trend with the modern interiors that populate foodie Instagram pages today.

It helps, of course, that Evviva is also one of the few spots in Toronto offering vegan brunch that extends beyond smoothie bowls and avocado toast.

“As a restaurant owner, I like to update myself,” Kazemi says. “I noticed veganism was getting bigger, and then my niece became vegan a few years ago.”

He saw that going out as a family was tough because vegan options were few and far between, especially on the breakfast side of things, and when Kazemi visited vegan places with his niece, he wasn’t very impressed. “I thought maybe I should make something for vegans, so that we can also serving them. And when you’re going out with your friends and whether they’re vegan or not, you can go somewhere that everybody can enjoy and have a good time,” he explains.

Kazemi did his research and recruited Doug McNish, a renowned vegan chef, to craft the vegan menu. You’ll find everything from an almost unbelievably realistic eggs benedict to a reuben sandwich on the menu. “I believe that everything should be top quality, even our vegan food,” Kazemi says.

He says an expanded vegan lunch menu is in the works, with specialty items like shrimp tacos coming up. The project was put on hold when McNish was accused of sexism, transphobia and racism according to accounts from several former colleagues and employees in a VICE News story in late 2020. McNish posted an apology on his Instagram page on Oct. 17, writing, “The kitchen environment I entered into at the young age of 15 was, admittedly, one of misogyny, sexism, homophobia, racism and crude behaviour. I engaged in that culture and made harmful remarks that I thought were funny. They weren’t.”

But Kazemi say the new menu will likely be ready for the new Bay and Wellesley opening.

Details about the two additional locations, one in North York at Yonge and Sheppard and one in Barrie, are still in the works.

“Evviva means ‘cheers’ in Italian, and I think that’s a beautiful way to start your day,” Kazemi says. “To celebrate.”